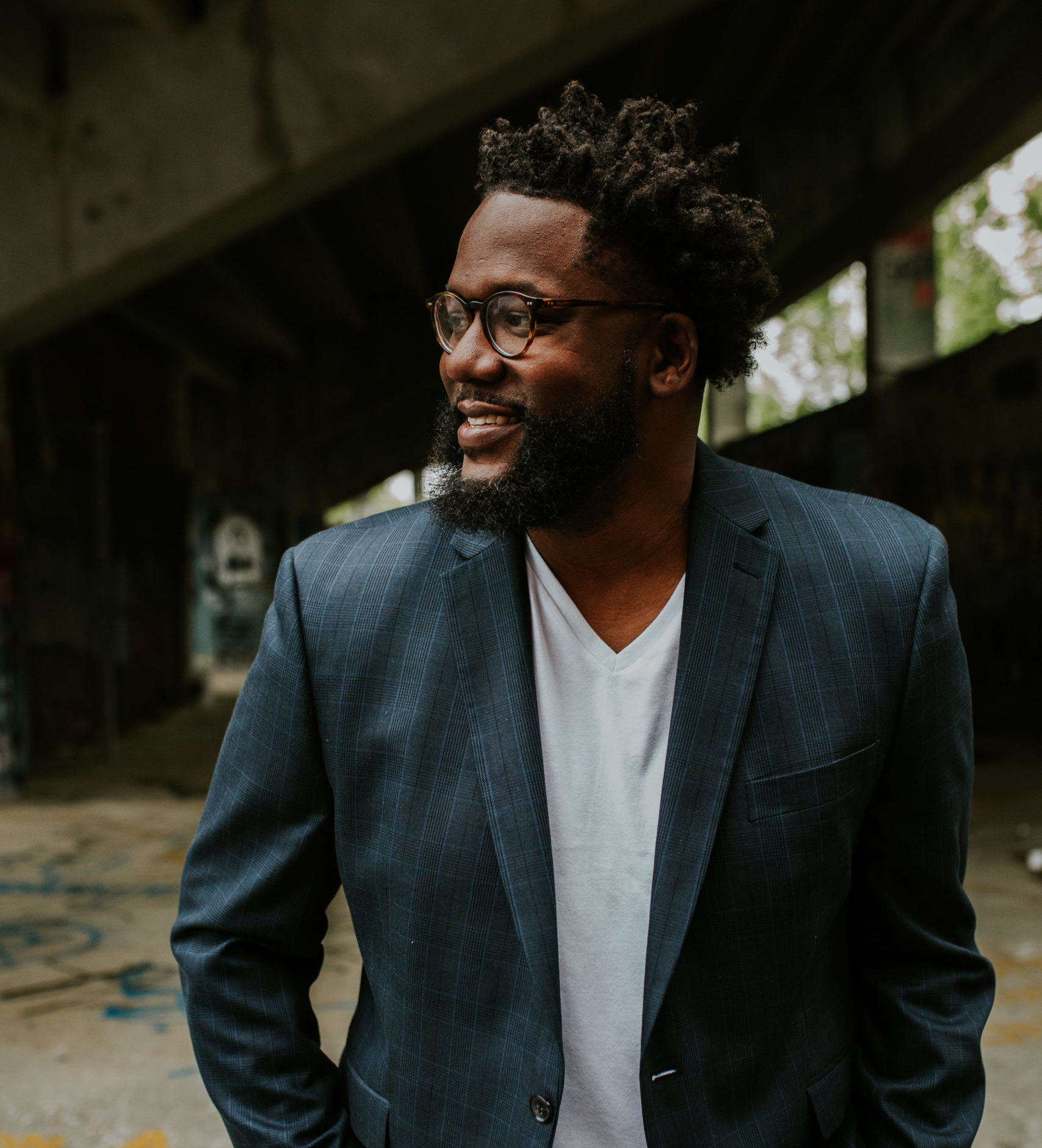 Recently, I had a bad experience that has stayed with me for about a week. I was rushing in between meetings to pick up food from a restaurant I had not visited before, and I had a very strange encounter.

I have been on a health kick lately and doing everything I can to avoid fast food, and this place looked nice with plenty of wholefoods on the menu. I noticed something was wrong when I walked through the door and noticed that the employee or perhaps security guard standing at the door followed me inside. But perhaps it was a coincidence … I thought. I did not want to assume the worst because, as a black man, you get tired of living on the edge because of your skin color.

After having that brief thought, I went to the counter, ordered my meal, and sat at a corner table to wait, scrolling on my phone.

A few minutes later I heard an “ahem.” Looking up, I saw a man in a suit standing across from my table. He initially made awkward small talk, but I quickly realized that he was trying to figure out why I was there.

He asked seemingly innocent questions at first: “Do you live locally? Have you been here before?” Nobody else was being asked any questions, but I answered politely. Then he asked me my occupation, and his questioning got a little too invasive and demanding.

Then I realized what was happening. I was in a hoodie and jogging pants, and my hair was natural and very long. Unfortunately, I was not in a suit. And that is when I noticed him staring at my hair, trying to figure out why I was there.

Normally, I would just have got up and left, but I did not feel like I should have to leave a place because my appearance was not what this person expected. I understand we are in a pandemic and many stores do not want a lot of people in them, but his words felt like they came from a place of discrimination–while the man at the door looked me up and down, head to toe.

“Sir, would you mind paying now? It’s policy.…” That’s when I responded, “I have paid…for my meal…why would I not pay for something that I have…” Afterwards, I showed my receipt, and did not even get an apology.

I knew there were a couple of ways this could go down, and I could not stomach either of them. This is when I got up and left. I lost more than my appetite.

The exclusion of black people from public places has been on my mind ever since! It hurts when white people cross the street to avoid “a big black man” or when you have to prove why you deserve to be in the same room as people from the majority culture. It hurts when white people make statements to me like “oh, you are smart…” or “you are so articulate,” implying that many black people aren’t.

In 2020, high-school student Asia Simo was dismissed from the cheerleading team, her key passion at school, because her hair texture was supposedly “not as easy to style as her peers” (Asmelash, 2020). In 2018, wrestler Andrew Johnson was forced to cut his dreadlocks there and then to avoid losing a high-school match he had trained for (Burney and Anastasia, 2018).

Following many high-profile cases of unacceptable workplace discrimination against those with black hair, the Create a Respectful and Open Workplace for Natural Hair (CROWN) Act came into force in 2019 (H.R. 5309 – CROWN Act of 2020, 2020) due to pressure from the organization Color of Change and the Western Center on Law and Poverty. The CROWN Act prohibits discrimination on the basis of hairstyle choices predominately favored by black people (Rodriguez, 2021).

The idea of erasing black hair and black existence in the popular media increased exponentially towards the end of the 19th century when Madam C. J. Walker popularized the straightening comb. This led to a preference for straight hair over textured hair, which was presumed to represent higher class status (Griffin, 2019).

She became the first female African American millionaire. However, anti-black hair prejudices long preceded this, as enslaved women, men and children would have their hair shaved to erase their identity and cultural ties (Dirshe, 2018).

For centuries, black people have had their cultural identities, their unique and beautiful features, and their preferences, critiqued and erased—which is what I felt in the store when I was trying to get a meal. Was it my clothes? My hair? Or my skin this time?

If you are a person in majority culture asking how to stand against this type of mistreatment, which I experienced and many black people experience day in and day out, what can you do? It is about time that we worked to dispel any insecurities we hold onto that prevent us from shining, despite white supremacy’s best attempts to prevent this.

Asmelash, L. (2020, March 8). “Black students say they are being penalized for their hair, and experts say every student is worse off because of it.” CNN. https://edition.cnn.com/2020/03/08/us/black-hair-discrimination-schools-trnd/index.html

Dirshe, S. (2018, June 27). Respect Our Roots: A Brief History of Our Braids. https://www.essence.com/hair/respect-our-roots-brief-history-our-braids-cultural-appropriation/

Rodriguez, L. (2021, March 5). “8 States Across the US That Have Banned Black Hair Discrimination.” Global Citizen. https://www.globalcitizen.org/en/content/hair-discrimination-crown-act-states/